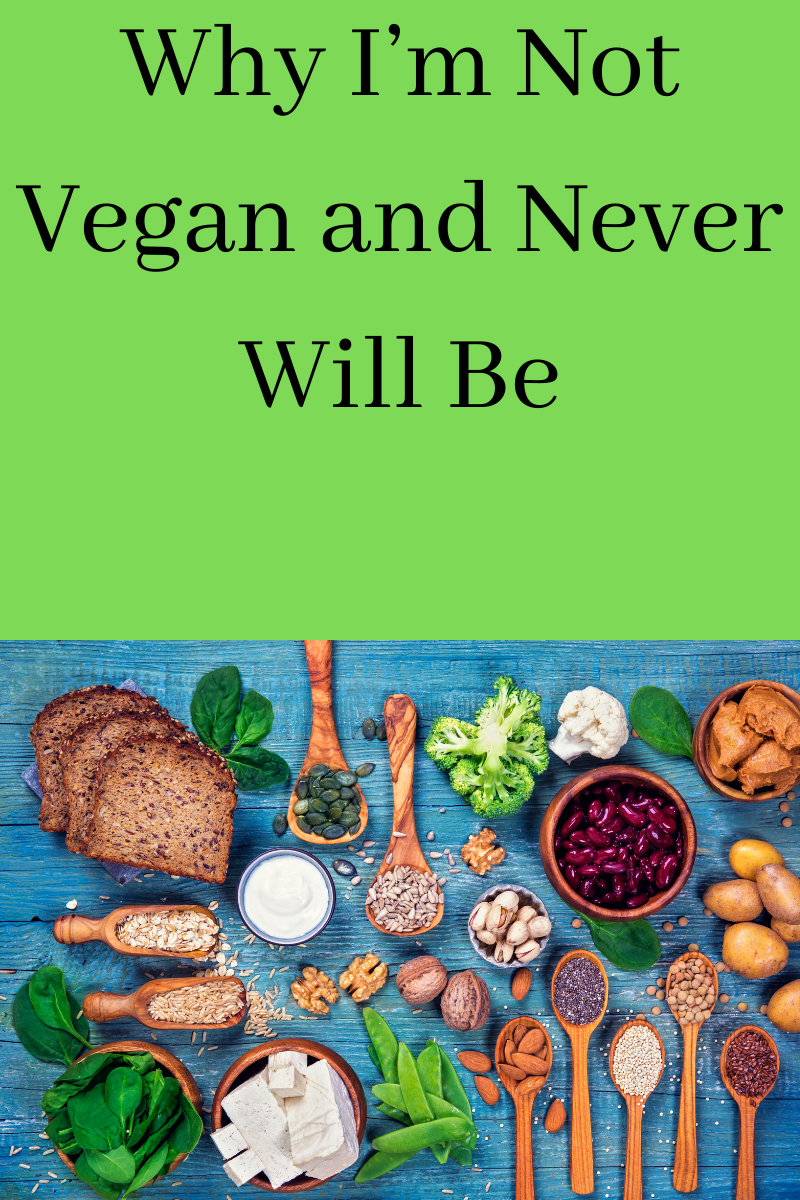 I’m not vegan and I never will be. If you are curious why I’m not going to be vegan, keep reading and I will share with you why veganism isn’t for me and why you may want to reconsider if you are thinking about being vegan.

There are a variety of reasons why I’m not vegan. First, when you have an autoimmune condition, your body needs the animo acids from meat. Personally I’ve found that I will crave chicken and fish and if I’m feeling tired, I can eat some chicken and I will get a big energy boost. I do what I can to eat healthier forms of chicken and fish and am trying to eat only wild caught fish and free range chicken whenever possible. If you can’t handle actually eating meat, try paleo protein powders and bone broth instead. You will get the vitamins and minerals from meat without eating the actual meat.

Second, too often vegans aren’t healthy. They eat a lot of gluten, chips, sugar and other unhealthy foods. While this isn’t true of all vegans, I find a lot of vegans have this problem. The other issue is that I find that most people who have been vegan for more than 10 years eventually start having problems and many end up having to start eating meat.

Third, most vegan diets have too many nuts, grains and soy products for good health especially if you have an autoimmune condition. With the exception of quinoa and nut milks, I almost never eat any of these things and find I am much healthier. While some vegans don’t eat a lot of these, it’s really hard not to eat them if you aren’t going to eat meat.

Fourth, being vegan requires you to take too many supplements since you can’t get things like enough B12 in your diet without meat. I also feel that we were created as humans to be carnivores and we shouldn’t try to change that. However, some people do eat too much meat and the average person could eat more vegetables than they currently are.

In short, if being vegan works for you and you don’t have autoimmune disorders and other problems because of it, then more power to you, however it isn’t for me.