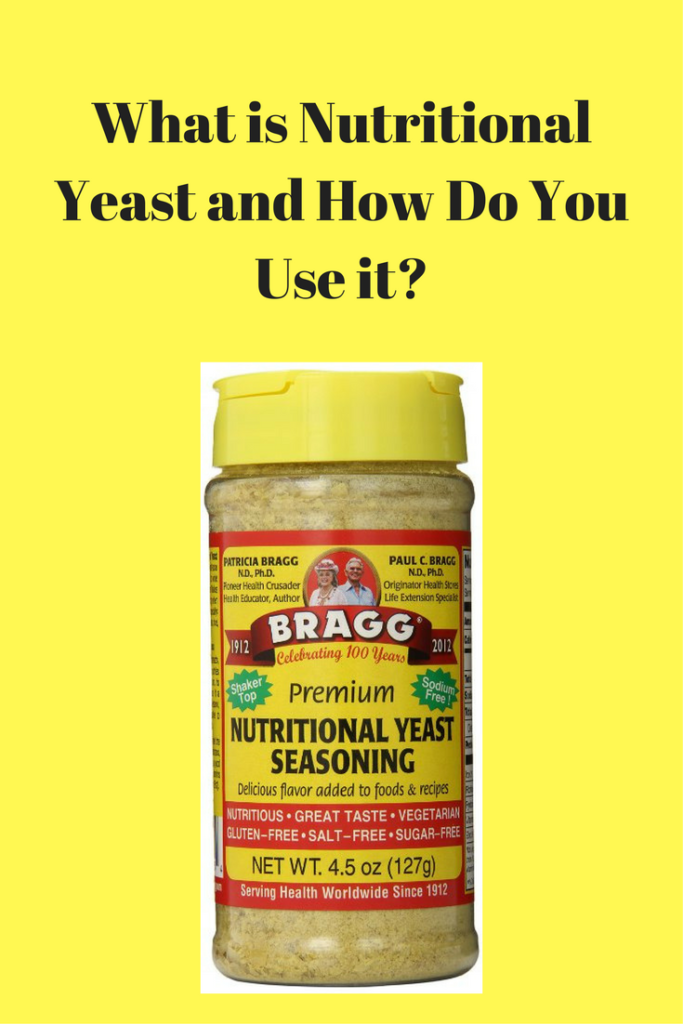 In this post I will answer all three of these questions.

1. What on earth is nutritional yeast? Well the short definition direct from the bottle is: Provides great-taste and nutrition when added to a wide variety of foods and recipes. Makes a delicious seasoning when sprinkled on most foods, especially salads, vegetables, potatoes, rice, pasta and even popcorn! Add to soups, dips, spreads, cereals, juices and smoothies for added flavor and nutrition. It’s ‘cheese-like’ flavor makes it a great low-sodium, cholesterol-free, addition to recipes and foods. Despite the word “yeast” in it’s name, nutritional yeast does not contain yeast, so no it won’t make bread rise and yes you can still have it even if you can’t have other kinds of “yeast”. It also will not cause candida, other yeast induced problems. It is also a great source of B12, so if you are like me and you don’t eat red meat, then cooking with nutritional yeast, can be one way to up your B12 intake. In someways nutritional yeast, is both a supplement and a spice you can cook with.

2. How do you use nutritional yeast? Personally I like to use it in recipes as a replacement for cheese or a similar sauce or flavoring. I use it as main ingredient in my gluten free and dairy free macaroni and cheese as well as in several other recipes. I’ve found that it ads a nice “cheesy” flavor to soups and egg omelets as well. Any recipe where you might use cheese, you can use nutritional yeast instead. It’s funny because even though it has no milk in it, it still has a cheese like taste and because it’s orange, you can trick children into thinking there is cheese in something, when there isn’t. It’s only nutritional yeast. Warning: Don’t use it with anything cold like smoothies, salads, cereals, or other similar items. It’s gross that way. Even though you may want the nutritional benefits, it really only tastes good, when used with hot recipes and food that you cook.

3. Why should you use nutritional yeast? Well I touched on one reason in number 1, because it has a lot of vitamin B12 and can help with a vitamin B12 deficiency. However, there are several other good reasons to use this awesome powder. First, you can use it has a replacement for cheese and this is great when cooking for children who are used to cheese but have to give up dairy. Second, it’s an inexpensive way to add favoring without salt, sugar or fat. Third, it is good for you.

What other comments or questions do you have about nutritional yeast? Post them below.