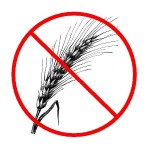 If you ask some people including some doctors they will tell you that for most people who are not celiac that eating gluten free is just a fad. However, I strongly disagree and so do thousands of other doctors, health care professionals and individuals diagnosed with a gluten sensitivity. While some people try to argue that gluten sensitvitiy is not real, it is in fact a real problem and anyone who has experienced it will tell you that it is a serious problem that should not be ignored.

That said, here are 5 reasons why gluten free is not a fad:

1. Gluten sensitivity is a real problem for lots of people an yes it can be diagnosed via a blood test and other labs. However, the doctor you are working with has to know what they are doing and understand how to do a gluten sensitivity test and not all doctors know how to do this.

2. Gluten has been proven to either cause or make worse over 200 illnesses. See this blog post by Dr. Hyman: Gluten What You Don’t Know Might Kill You.

3. The chemicals that are sprayed on many grains before harvesting especially wheat are causing gluten sensitivity in a lot of people. Some of these people can eat organic wheat and others cannot.

4. Cases of celiac disease have increased over 400% in the last 20 years according to several sources including the National Celiac Foundation.

5. We have been told for years that wheat which is the largest source of gluten is a health food and many of us have over eat it, and in some cases this has lead to a gluten sensitivity.

In short, gluten free is not a fad for people with a real gluten sensitivity or celiac and to claim otherwise is just being ignorant and disrespectful of someone’s health needs.

If you’re curious to know my personal strategies that have already helped thousands of people improve their health and live a gluten free lifestyle easily and at a lower cost, click here to learn more.