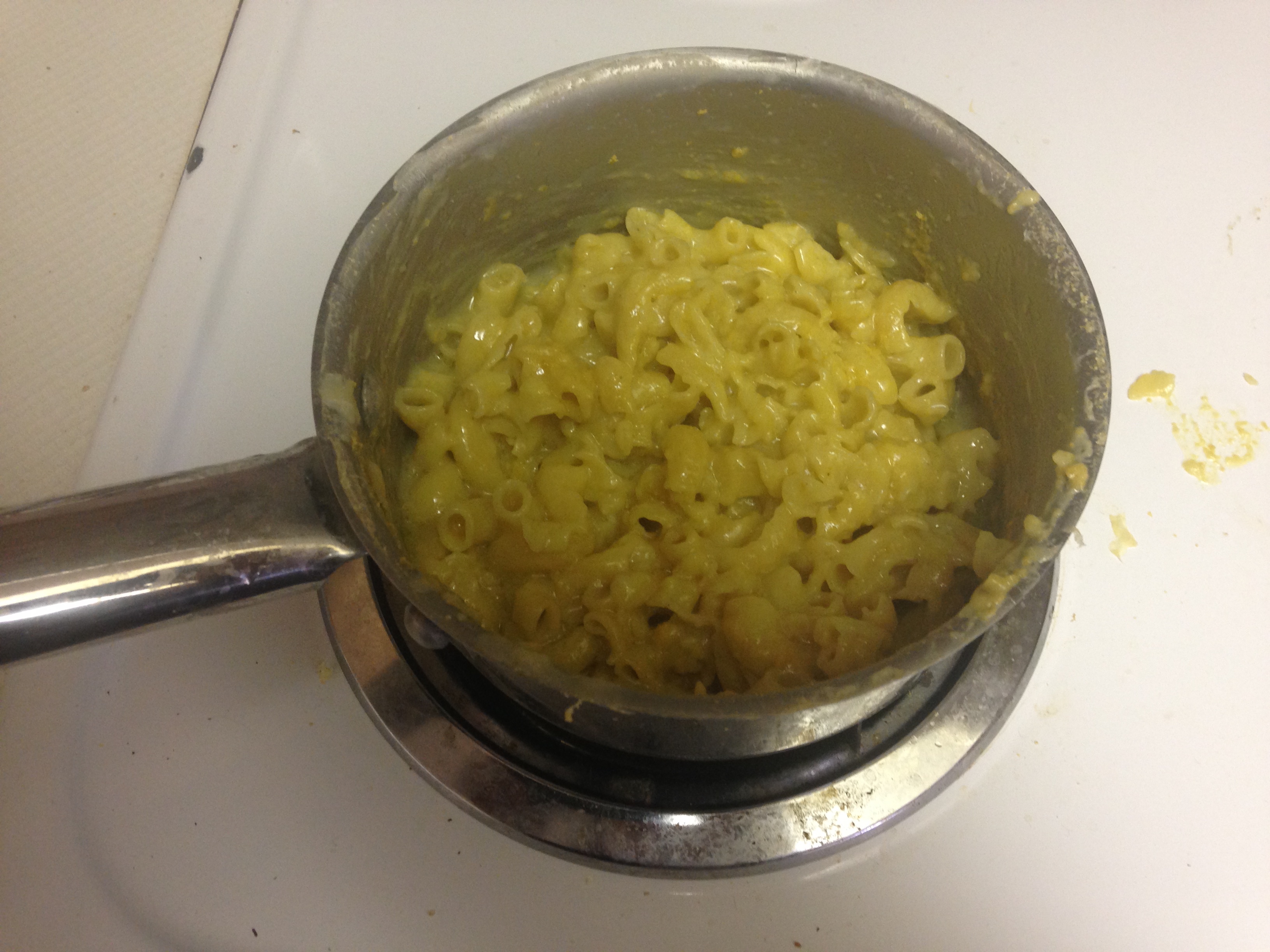 Have you ever tried gluten free and dairy free macaroni and cheese? I made this for the first time last week and I have to say that it worked pretty well and was quite tasty.

There are lots of gluten free pastas to chose from so this is actually the easy part. For this recipe I used Ancient Harvest Quinoa Pasta. I’ve also heard that Barilla Gluten Free Pasta, Rotini, 12 Ounce (Pack of 12)

is really good as well, although I haven’t tried it yet.

The harder part is the “cheese”. This is harder because in my opinion there isn’t really a good substitute for real cheese that is dairy free. There is some supposed dairy free “cheese” from a company called Daiya that is used in a lot of dairy free recipes but personally I can’t stand the taste. I bought some once and I thought it was disgusting. In addition it has canola oil in it which is not good for you and other ingredients that I prefer not to use.

That said, here is how I made the “cheese” part. After I boiled the water and added in the pasta, I let it cook until it was soft and then drained out almost all of the water, leaving in just a few tablespoons. Then I added in 1 tablespoon of olive oil and a large spoonful of Bragg Nutritional Yeast Seasoning, Premium, 4.5 Ounce

. This is a great seasoning that is yellow orangish to the color and is both gluten free, and dairy free. It also has some really good vitamins and other nutrients in it so it’s actually healthier for you than dairy cheese.

That’s it for the basic gluten free and dairy free macaroni and cheese recipe. This particular time I also ate it with some tuna and peas but you could also serve ground beef, or chicken, or broccoli, or green beans or really any other meat or vegetable with it. While it doesn’t really taste like cheese, it was really good and at least it looks like macaroni and cheese.

Questions? Comments? Have other ideas for making gluten free and dairy free macaroni and cheese?